PBC noticed that there was considerable variation of the pylon coloration and considered sand blasting to obtain a more uniform color. Peo asked if I had some older images that showed the before coloration they could be used for comparison. Shown here are two views (September 2004). 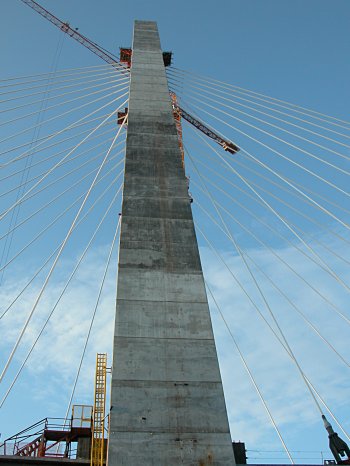 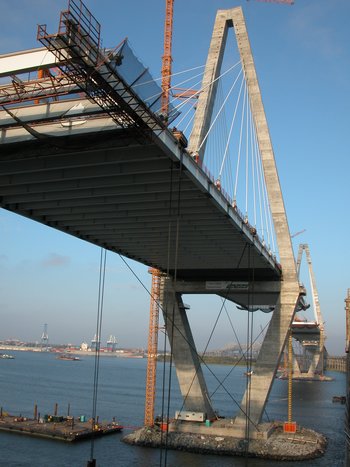 The improvement was dramatic, so the sand blasting was continued for both the east and west pylons. Here are similar views after sand blasting ( March-April 2005) 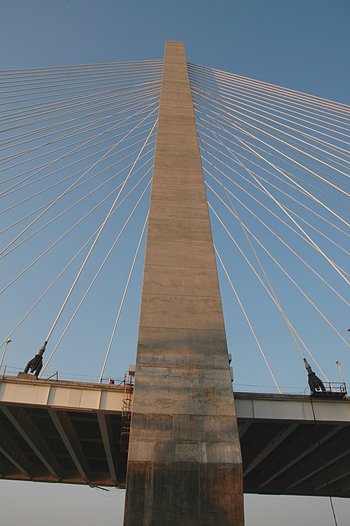 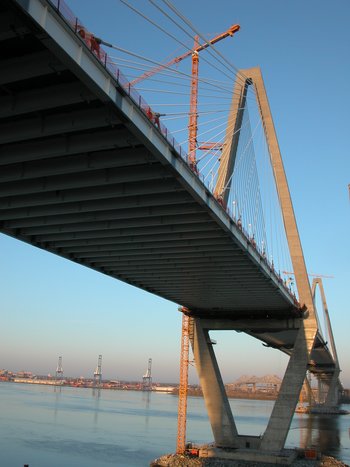 And here are some views of the sand blasting in progress. The sand blaster were more like trapeze artists on a suspended platform. 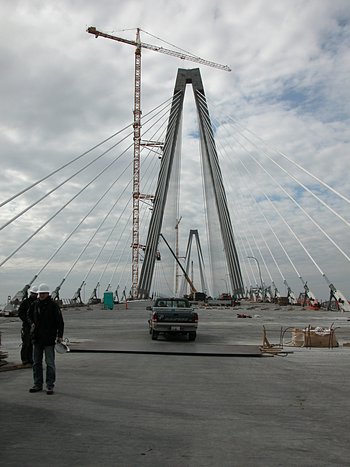 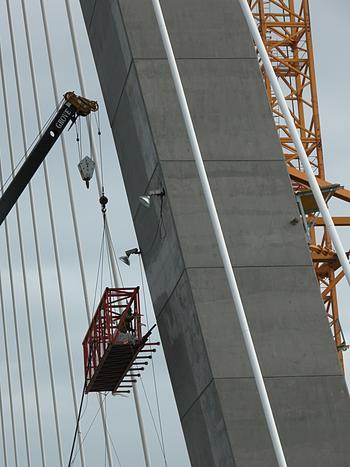 (February 4, 2005, three days later): For those that like HIGH adventure, I can recommend a balancing act on the west pylon sand blasting platform - here supported by the west pylon crane. Looking east (left) and looking west (right) 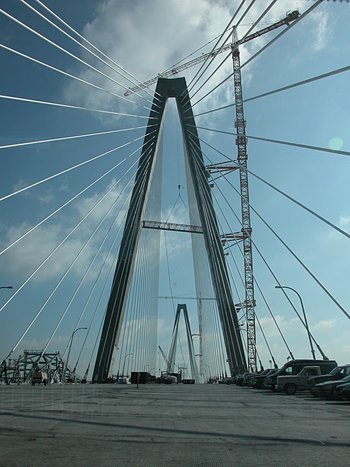 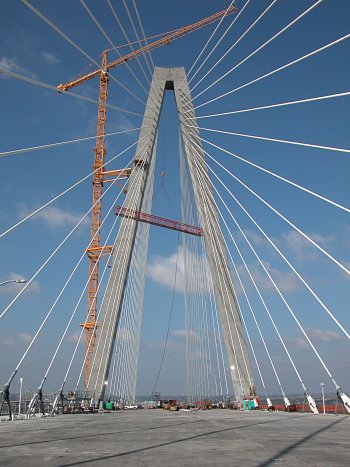 and these two guys are the acrobats that guide the stream of grit toward the pylon face. 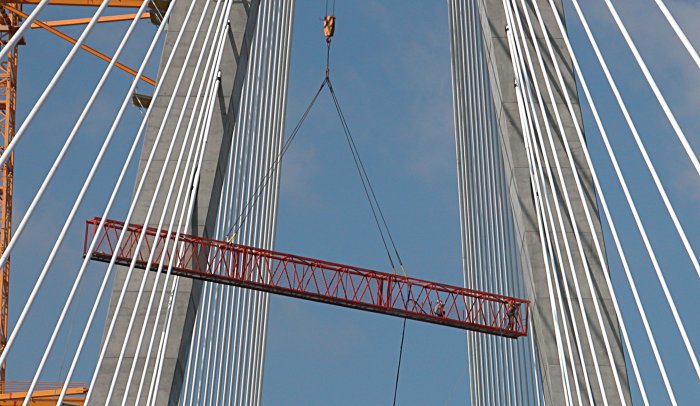