So many have mentioned our Ravenel Bridge as Charleston's signature bridge but until today, I really never got it. (For the full story, visit our Blog.) As part of finishing my photo essays I needed to visit the tops of each tower - which in the past was managed by being part of the Freyssinet team while they were building the cables. Today I found David (for the west tower) and Bill Nesteruk ( to complete the documentation of the elevator guide rails for the east tower) so together we went to the top of the west tower to finish some photos of the Mt Pleasant tower and approaches. Getting to the top, I suddenly remembered that here is where I found the signatures several months ago. This would probably be the last opportunity to tell more of the unseen story behind the construction, another memory from all the bridge workers that let me see through their eyes.

From the top, you can see the Yorktown 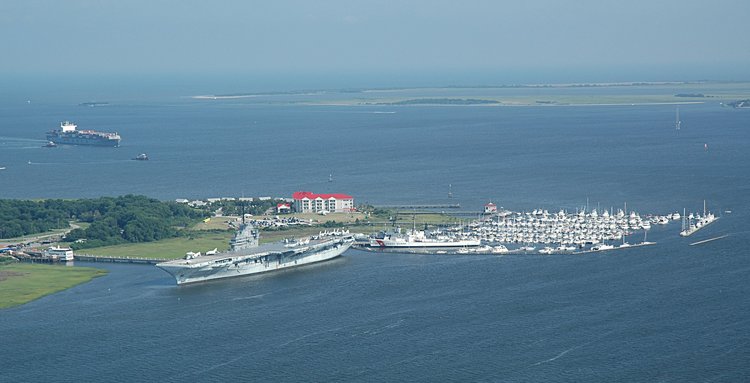 Crawling up the vertical hatchway, I spotted in the foreground the secret signature tablet: a src="https://s3.amazonaws.com/s3.ravenelbridge.net/small concrete tablet with a drawing of the diamond tower and signatures of many of the bridge workers. 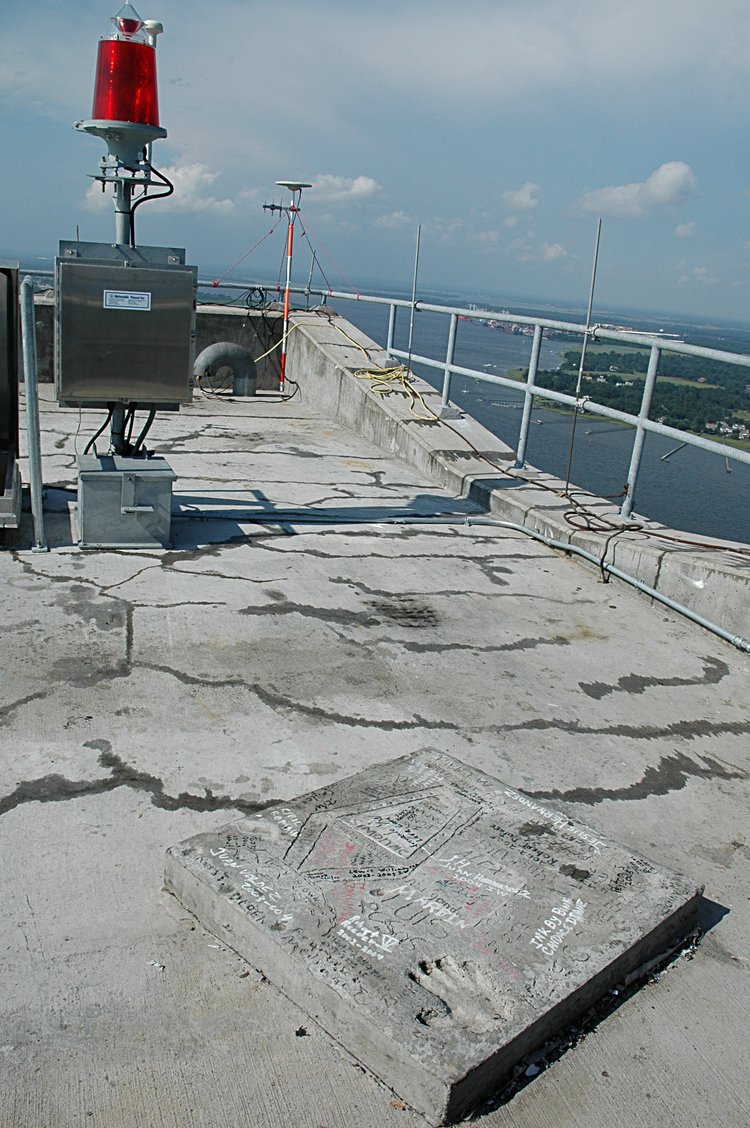 A closer inspection led me to Philip Cotter's signature and reminded me of the time when Tina, his wife, wrote me about his naming the crane on the west end of the east span - the Last Dinosaur Standing.(See in our bridge blog for more of this story.) 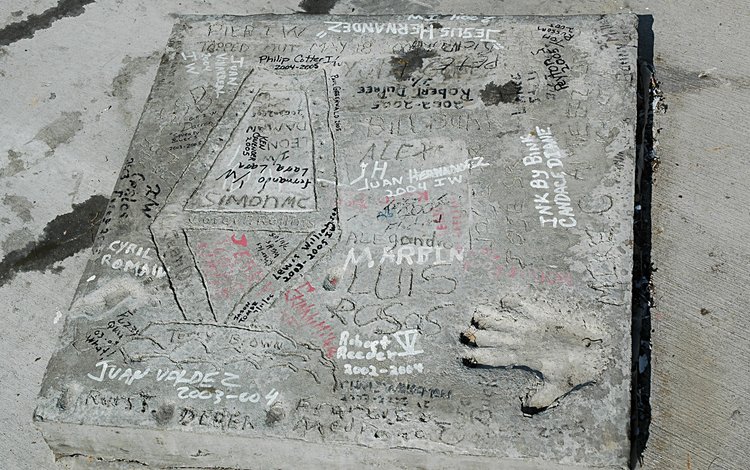 If this really is a signature bridge in the literal interpretation, then it was time to add our signatures: - David's 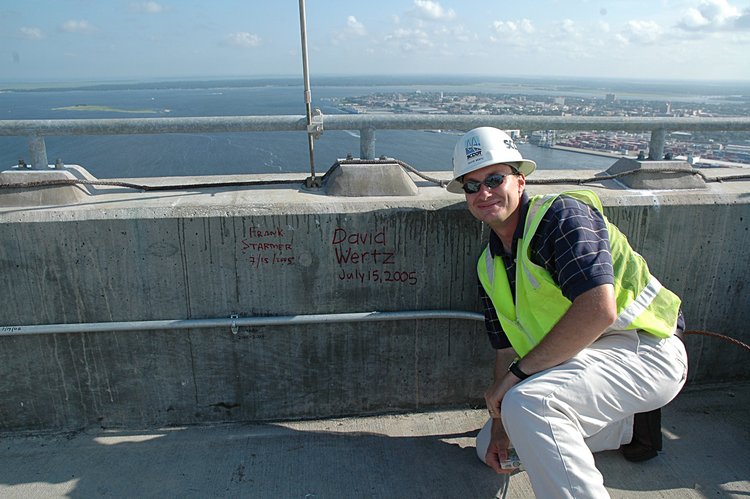 David and Frank's and Vince's 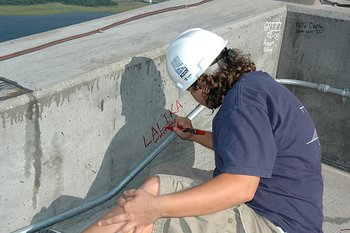 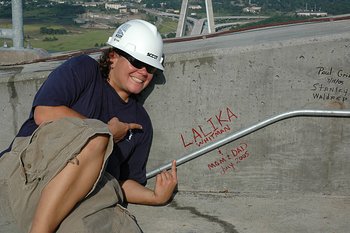 Later in the day, the growing afternoon shadows, as seen from the top of the west tower, added yet another dramatic touch to the ever changing personality of our new Ravenel Bridge. 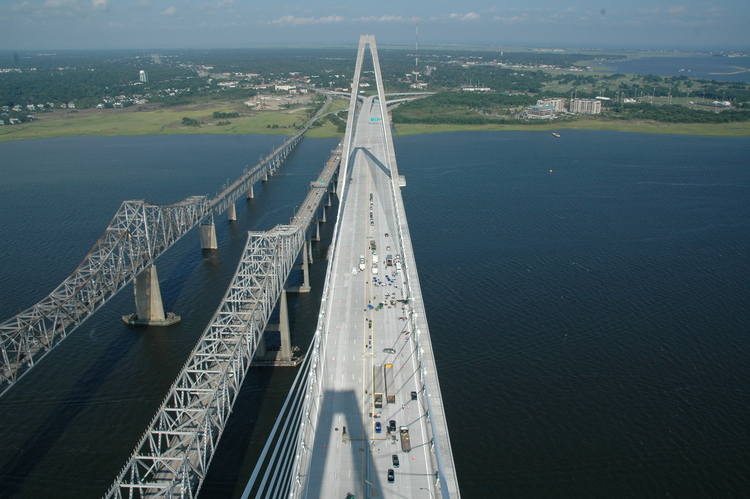 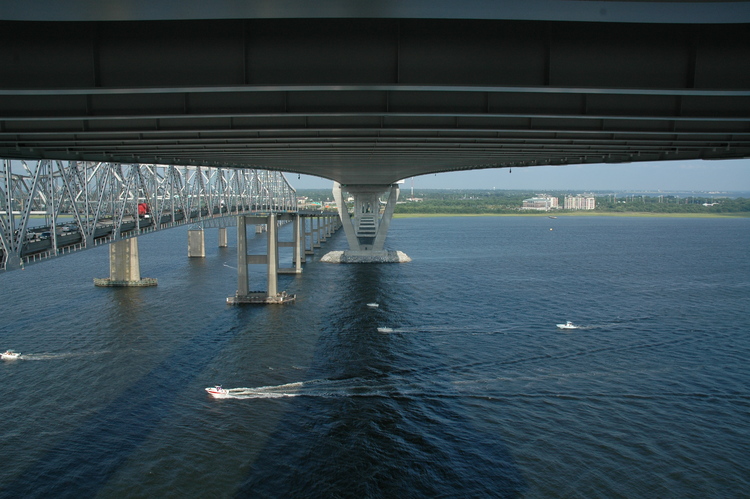 and back to earth - a wonderful sunset 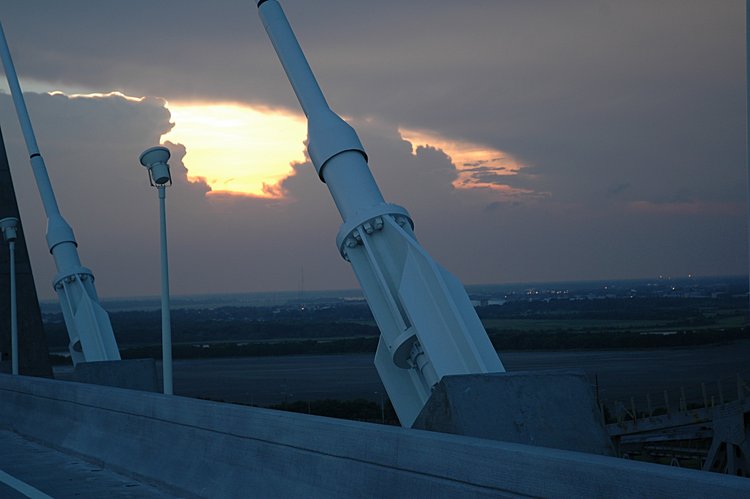