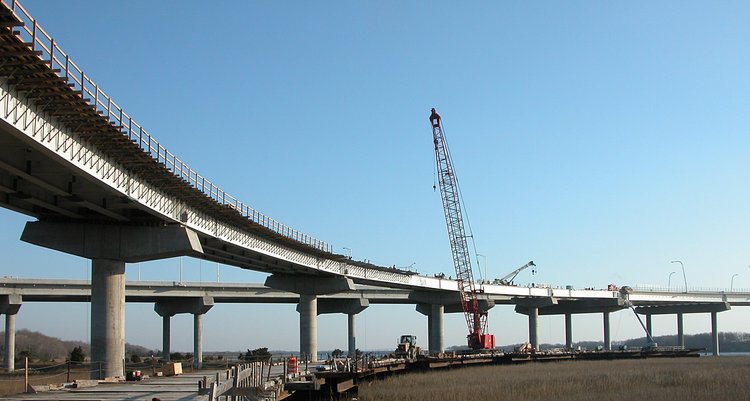 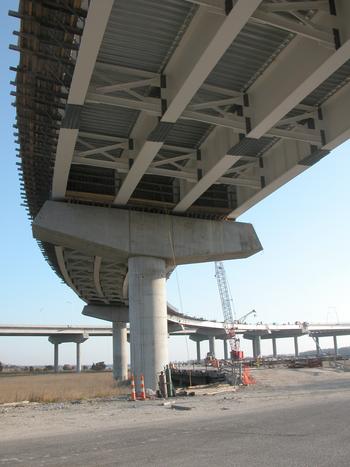 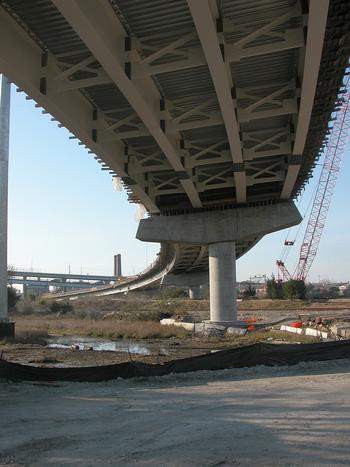 The East Bay Ramp from the Meeting Street On Ramp 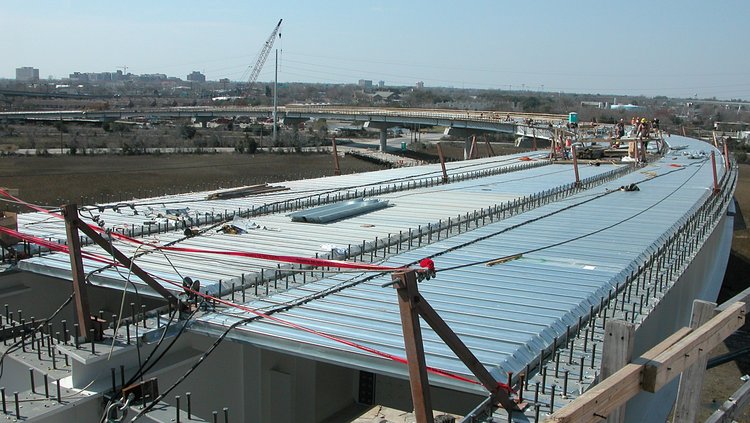 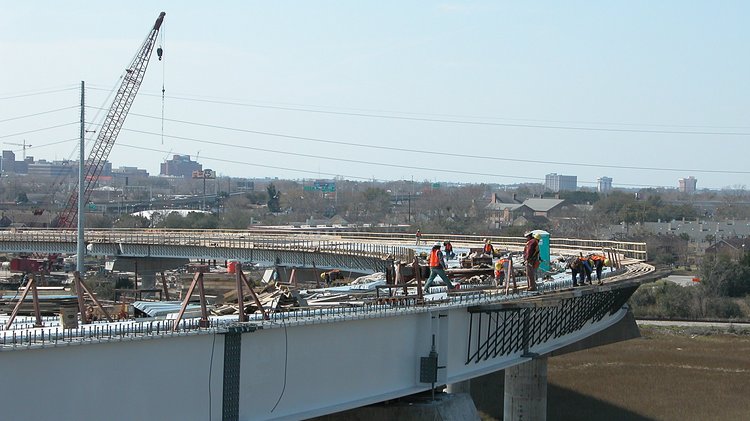 and a closer view of our team 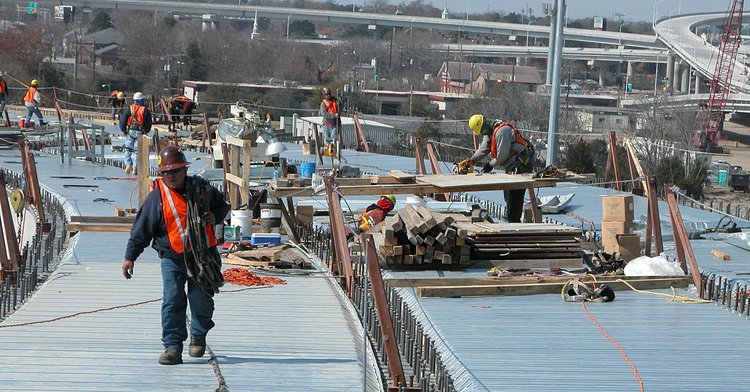 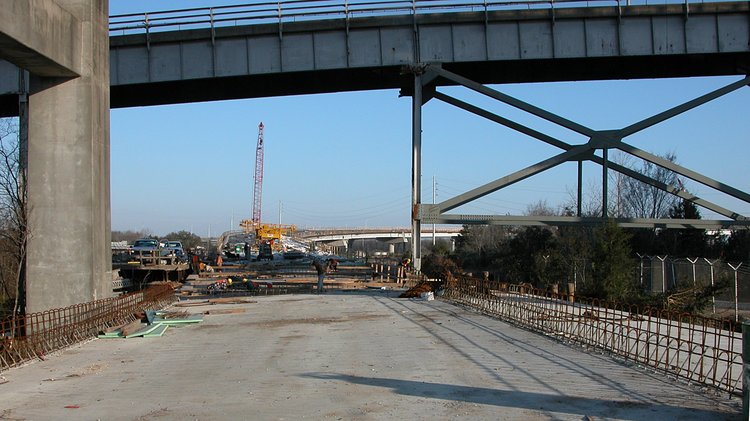 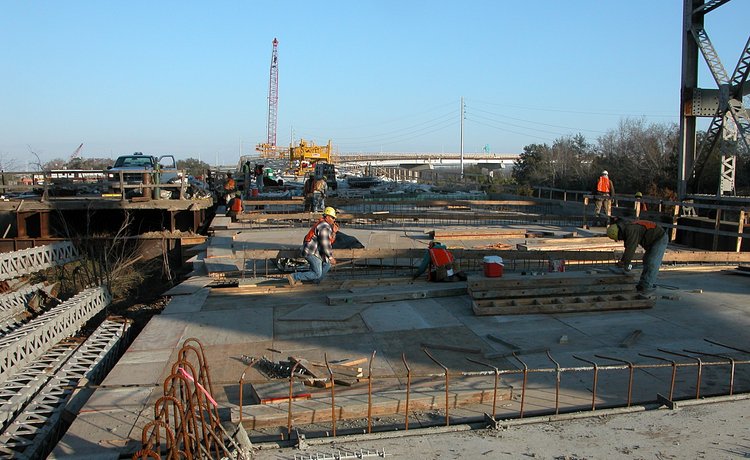 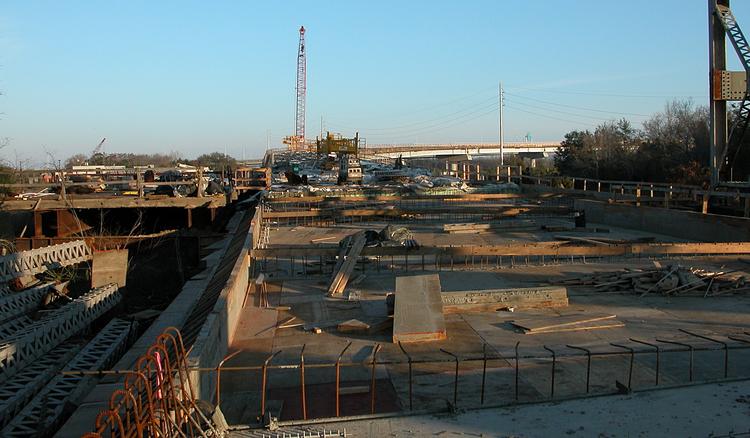 From the Pearman Bridge: It appears that concrete has been poured between the yellow finishing machine (I don't know what else to call it) and near the beginning at East Bay. The covering, I believe, is for curing the concrete. Compare with last week's (Feb 27) photo where rebar was observed in this same area.