First the west crane is coming down - Left shows both with the east crane towering over the east pylon. Right shows the west crane without the upper pylon support and it has grown down about about 2 tower segments. 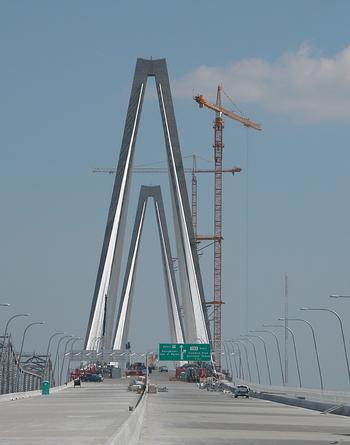 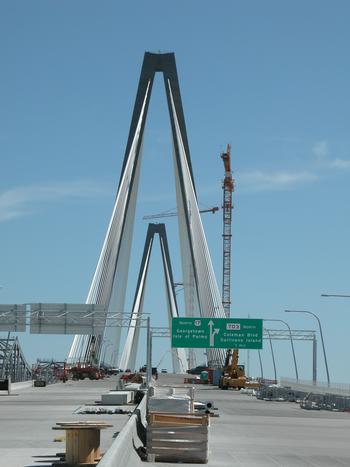 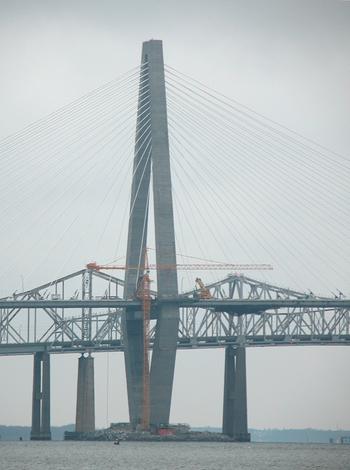 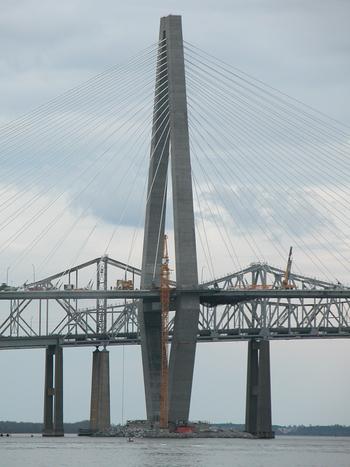 March 20: The west crane is absent (left) and the east crane is present (right) 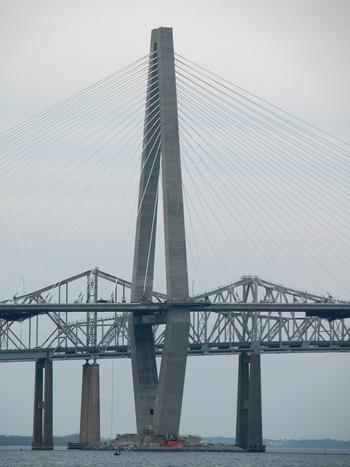 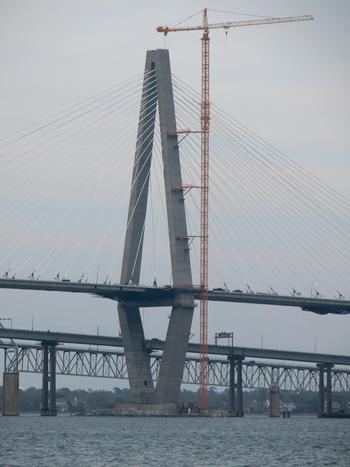 So I would, as would many of you (according to email) like to better understand how these tower cranes grow down up and grow down. In this photo you can see the boom, and what appears to be about a 50 foot vertical segment (i.e. 9 man-lenghts assuming the guy on the left is 6 feet tall ) that wraps around the main vertical tower and supports the boom and a platform where some guys are working. This platform appears to be supported by a hydraulic jack (the silver cylinder extending below the platform.

How is a vertical segment of the primary tower removed, thus lowering the boom and its support by one segment? Kyle Harms and I have been trying to figure this out. I even asked some of the guys on the deck who explained it, but somehow I lost some critical pieces of the story. With Google, I found How Stuff Works which has a page about growing up and growing down of tower cranes. What I was missing was the hydraulic lift that elevates and lowers the top segment. 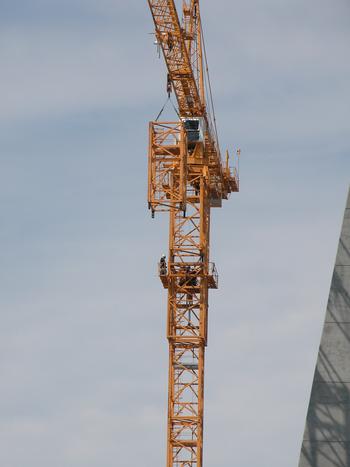 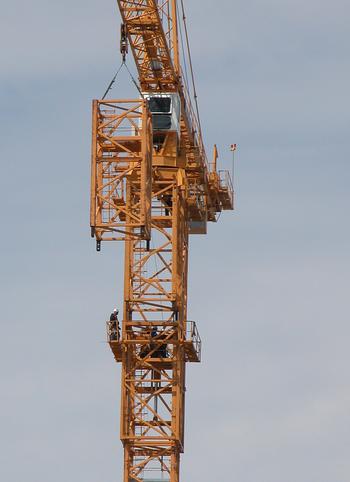 Looking west, you can see under the pylon vertical segments of the west crane sort of standing around trying to figure out where to go next. 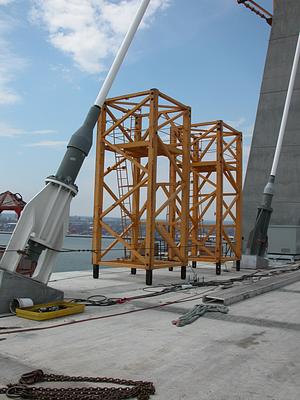 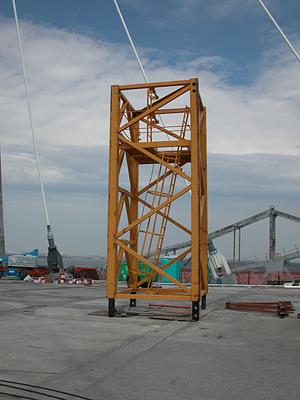 and if you look south, you will see a quiet resting place for crane segments

A sequence of the unbuilding of the west tower crane 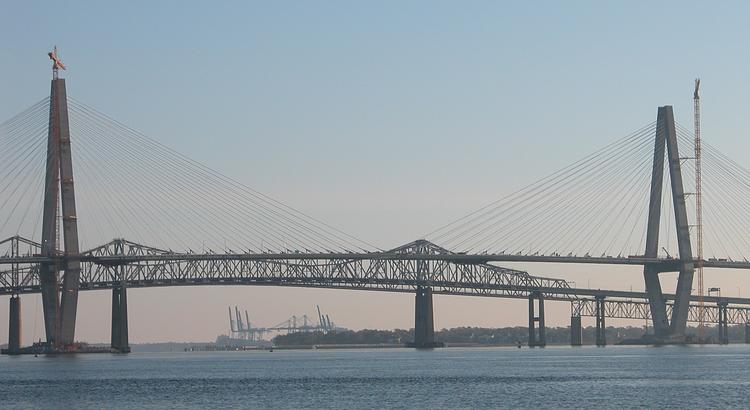 March 13, 2005:
This week the weather was cold and rainy. Nevertheless the web crane was growing down 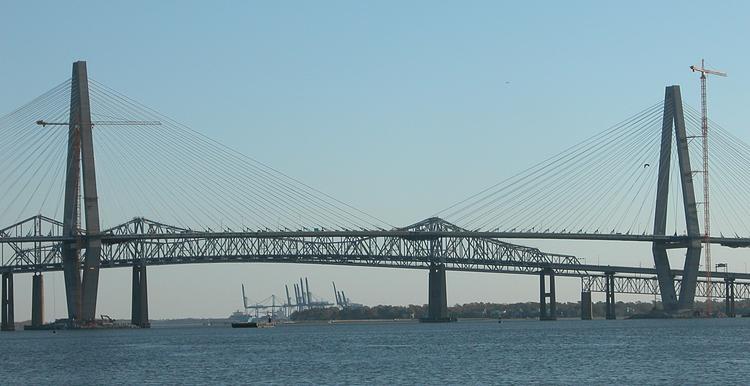 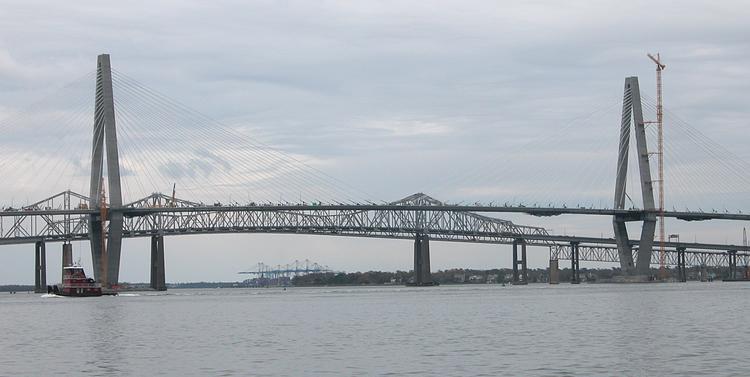 March 19, 2005 10am:
Note the small crane to the left of the pylon to disassemble the remaining tower 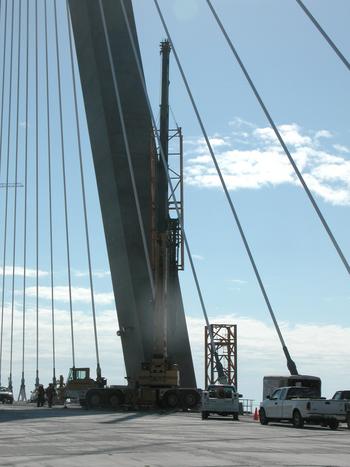 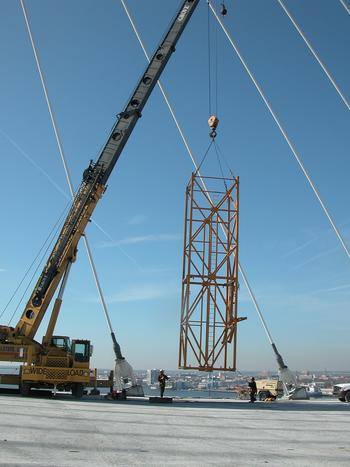 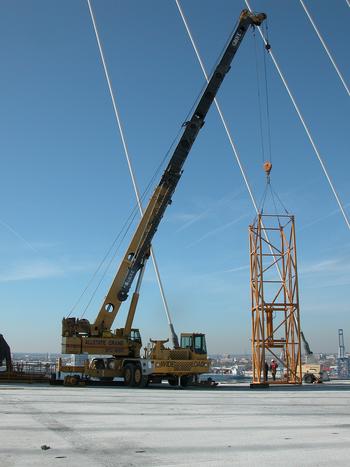 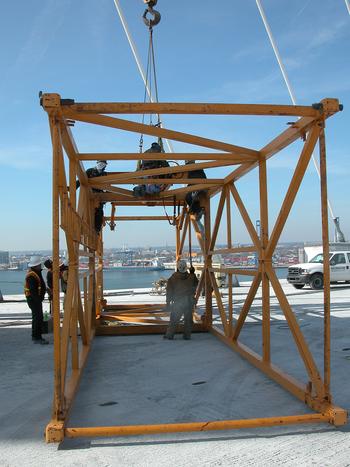 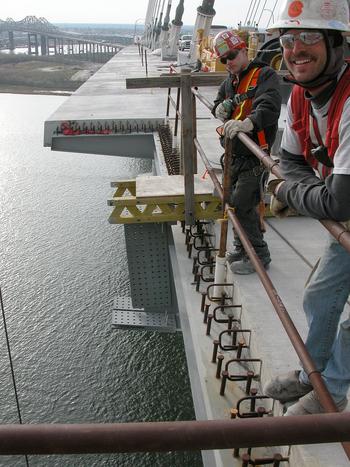 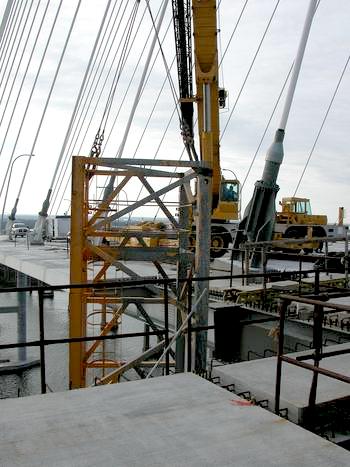 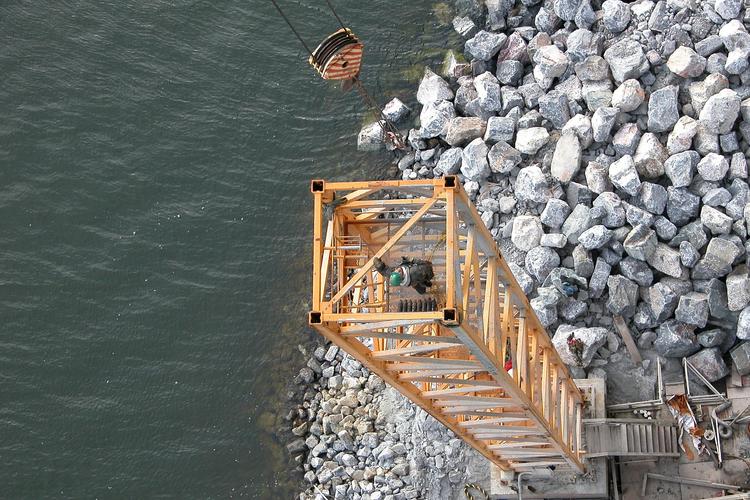 Meanwhile, the guys below are busy preparing to uncouple the remaining two segments 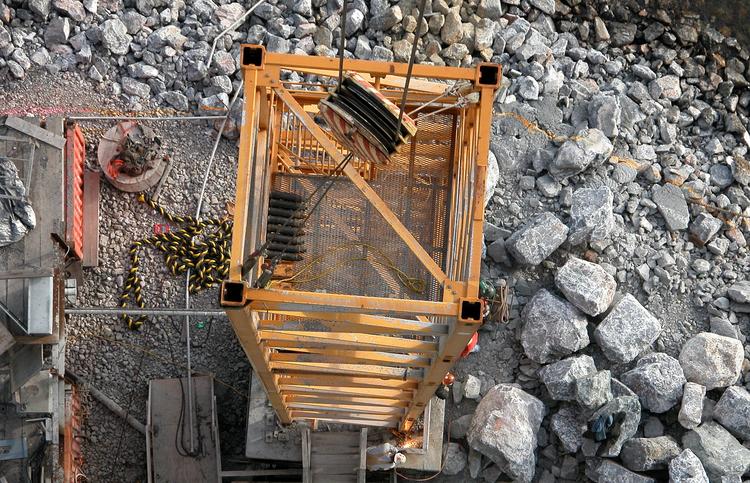 A little bit of help with a torch 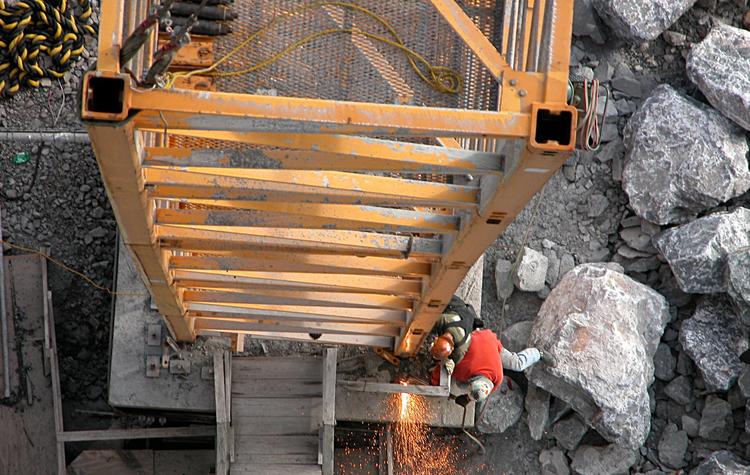 Some 1 minute video segment of the crane-men at work 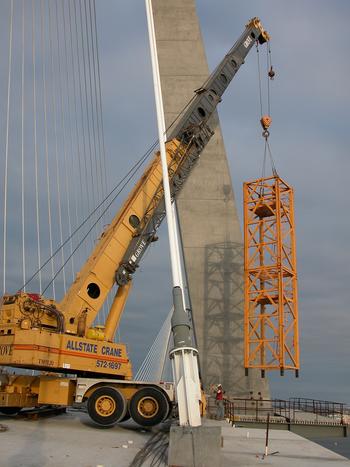 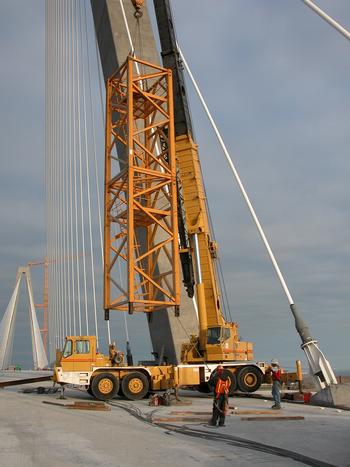 The crane team and lowering the segment 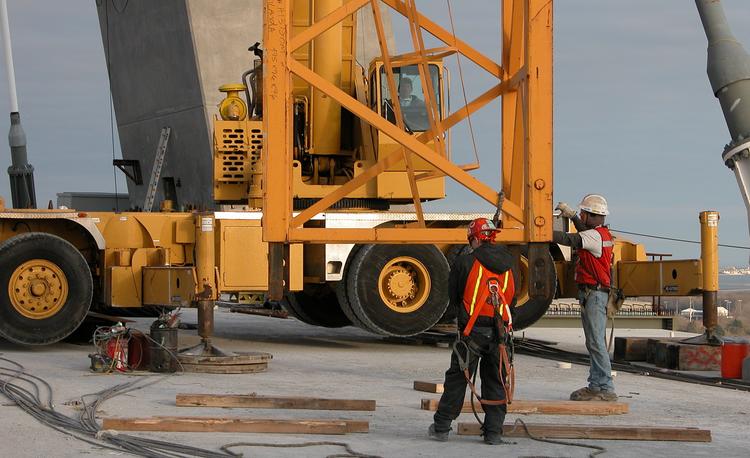 and prepares to tilt it from the vertical to horizontal orientation 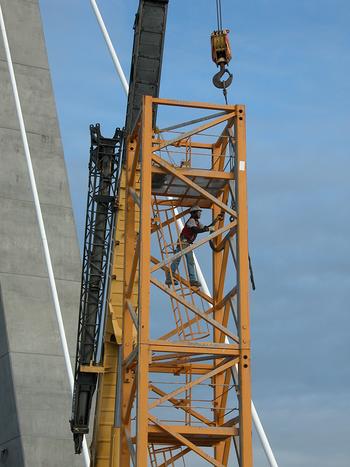 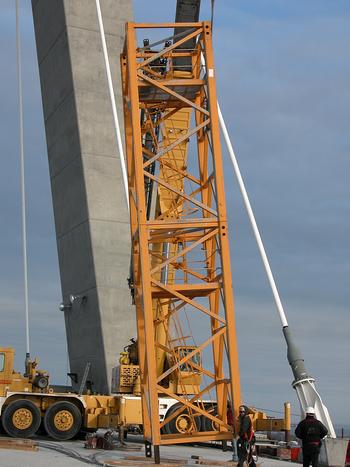 then lifing to load onto a truck 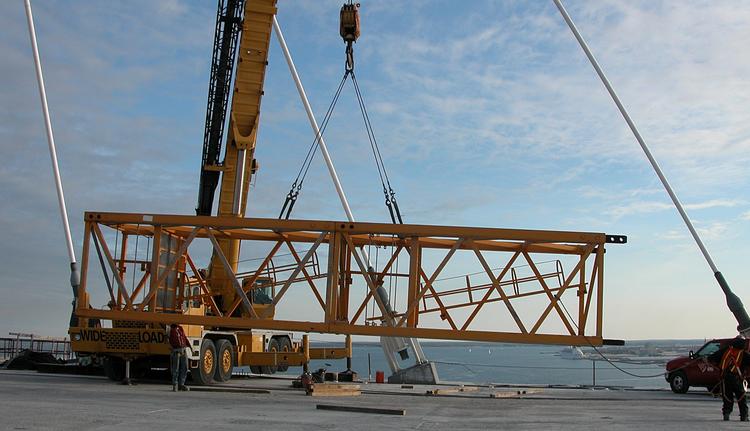 A crane segment to go 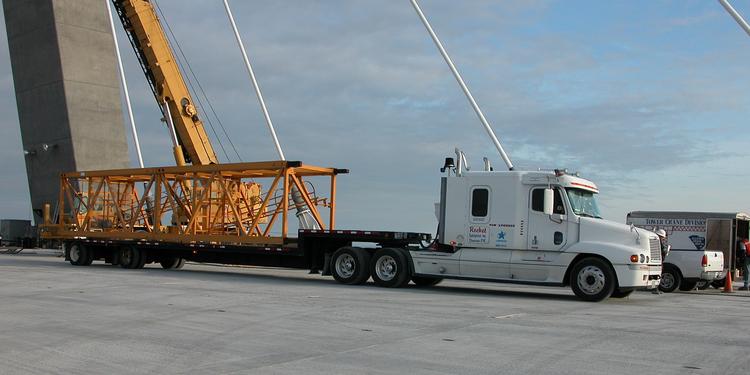 Confirming that all is finished, here is where the west tower crane used to life 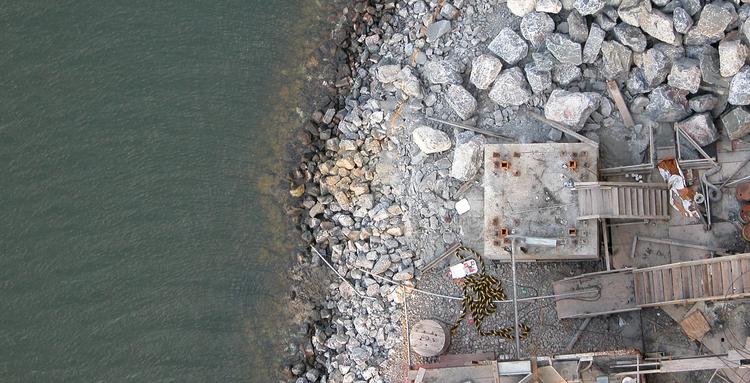