"To add a little detail to the "unjacking" that was mentioned, last week, the entire 1/4 mile long west deck was jacked toward the channel about 3 1/2" using a few 200 ton hydraulic jacks to prepare for the placement of the last two edge girders. The deck will have to be slowly and partially released back to get the alignment just right for the final connection." 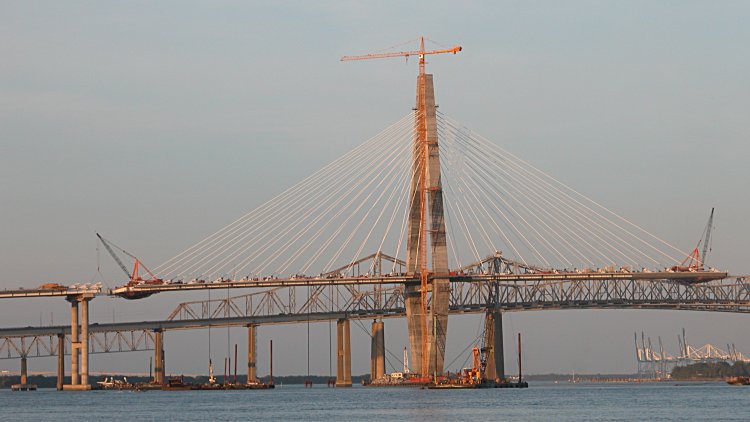 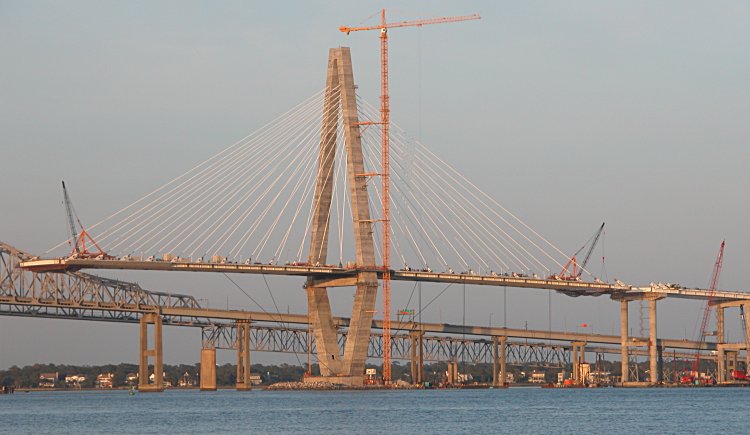