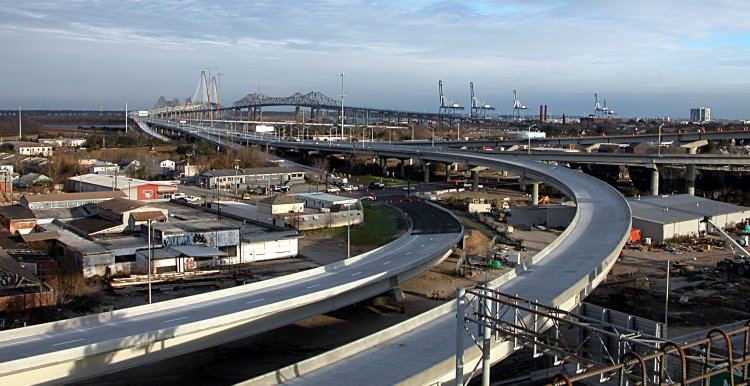 Once you get to the bridge, there is a rather large sign so that you will not get lost at night 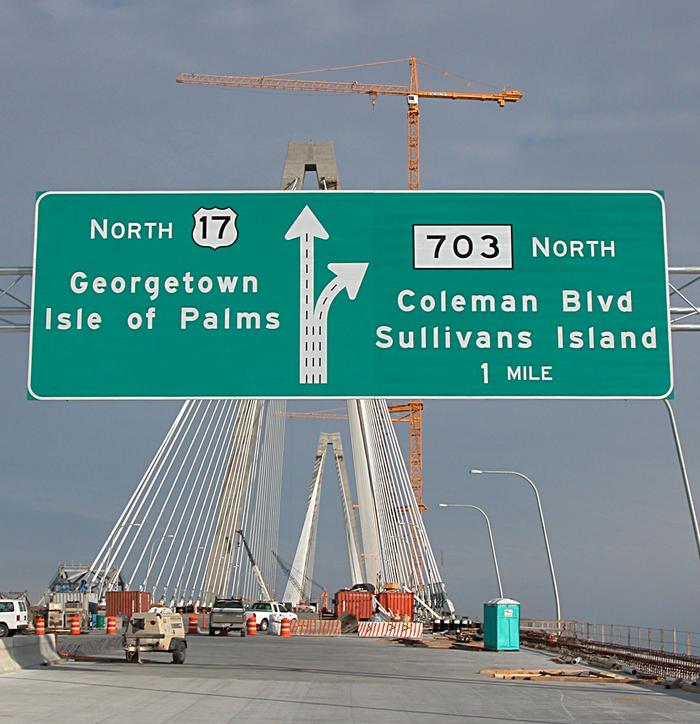 Most of the erection cranes have been removed and the deck surface is waiting for the final latex-concrete surface. Going west, you enter under the west pylon (left) and exit from east pylon (right) 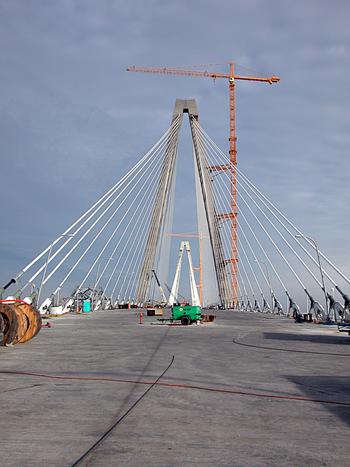 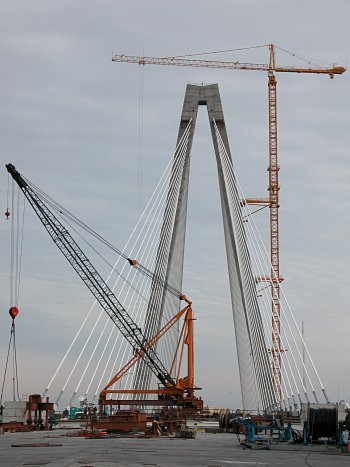 Meanwhile, here is the High Steel Structure team, Pat, George, Joe, Dick and Brian, sort of chilling out on the top of the west pylon after they finished the drilling and reaming. Pat Risser took these two photos. 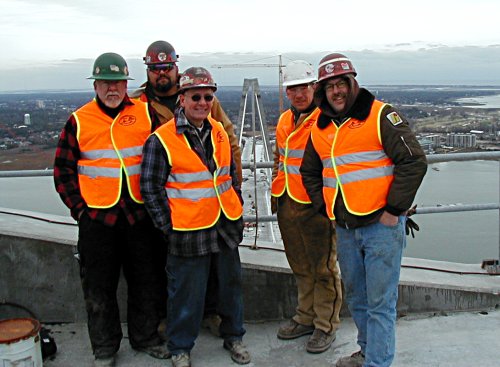 And you can see from the photo (below) of the gap between east and west platforms, the south edge girder is being erected (look for the three perpendicular cantilever beams for supporting the bicycle floor panels). It seems that the HSS team made it to the top a couple of hours before I arrived and they were able to watch the placement of the south shark fin girder. 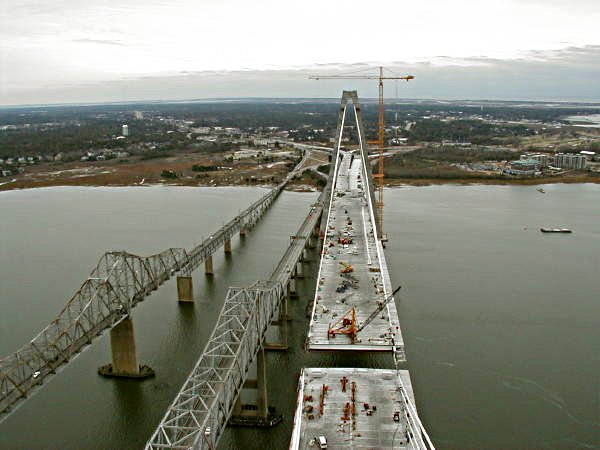 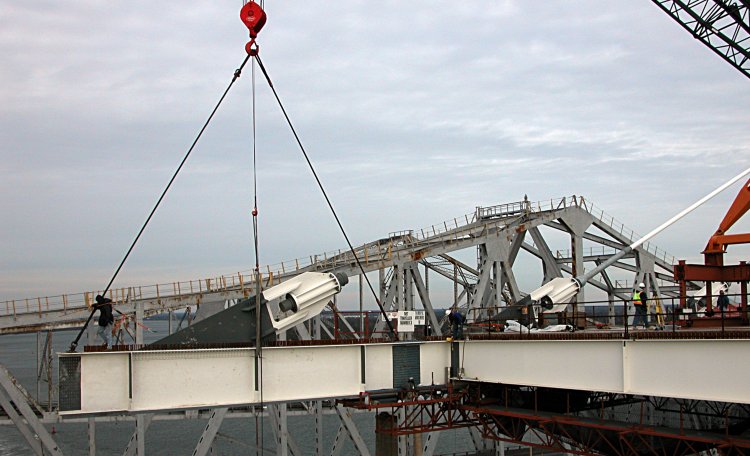 The gap between edge girders will be filled with a splice girder that was drilled by High Steel Structures team on January 26. The team worked hard and apparently they had a treat at the end of their preparations. 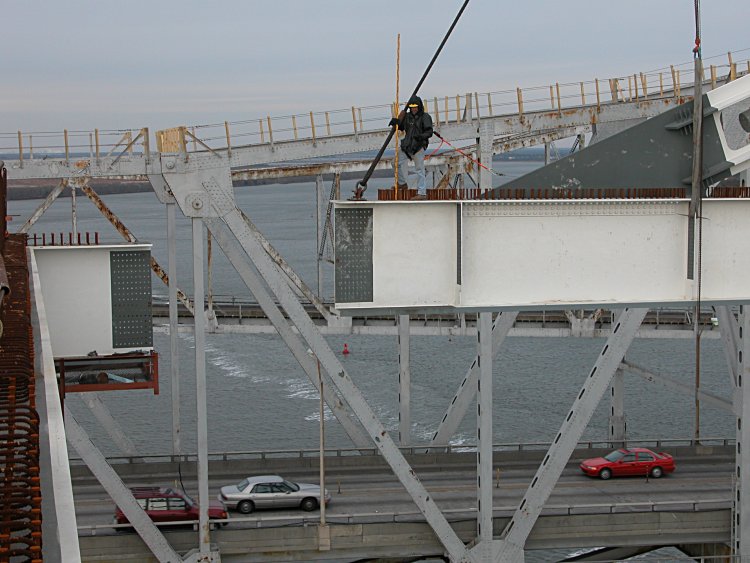 These guys are dressed for cold weather and splicing the edge girders. Note the blue color of the nuts - that is both an indication of temperature and identifies this as never-been-used-before. 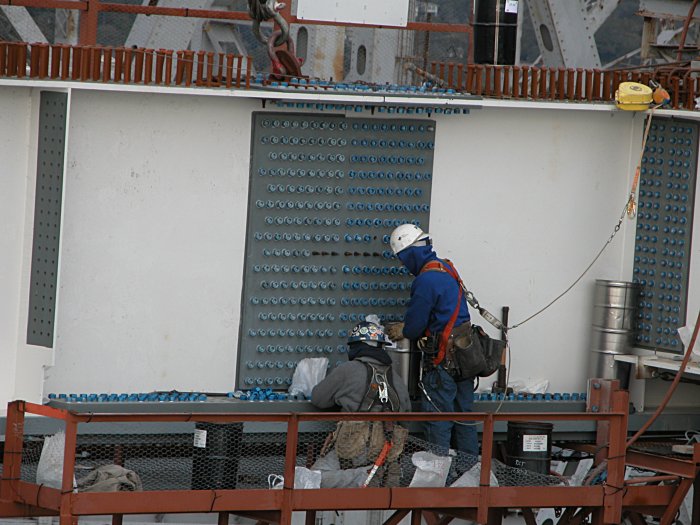 Waiting for the floor girders - note the size scale relative to the workers bolting the splice plate (left). Looking along the west girder to the east (right). 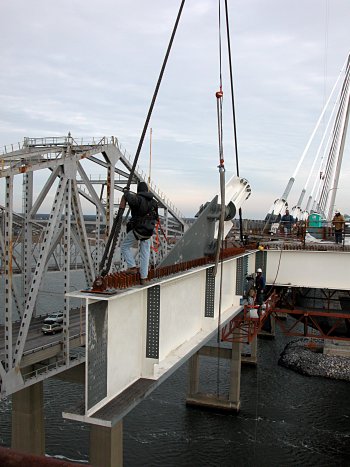 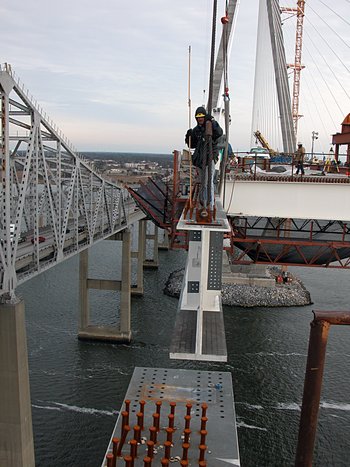 The south gap patiently waiting for the floor girders, rolling out the safety nets and the Freysinnet will do their magic with the cables. 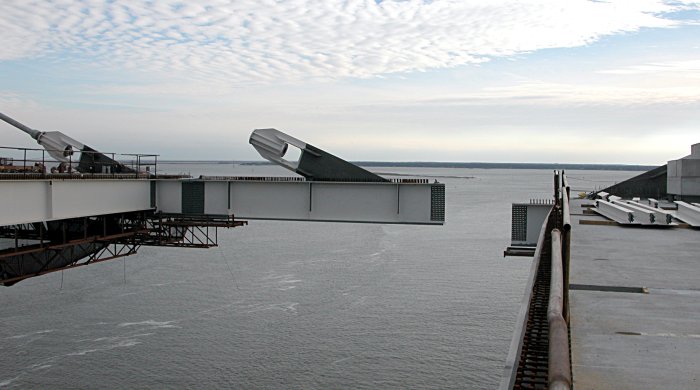 There was some concern about the nonuniformity of coloration on the pylons. So an experiment with sand blasting was started. Here you can see the before sand blasting (November 4, 2004) of the west pylon. 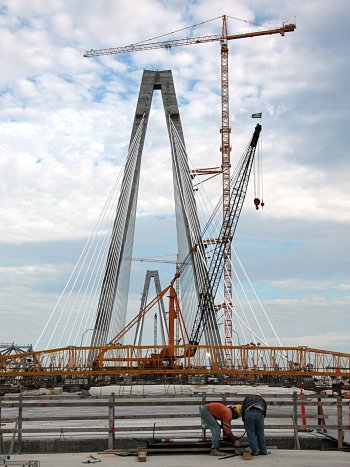 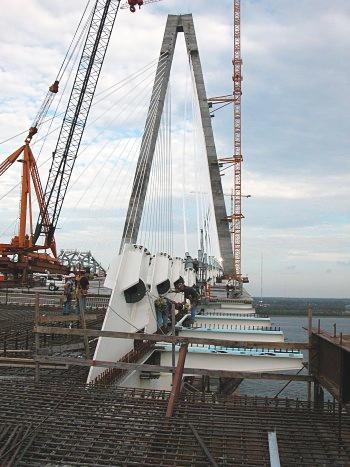 Here is the newly sand blasted west pylon (January 28, 2005). Note the more uniform coloration of the pylon face. Obviously, the experiment was a success. 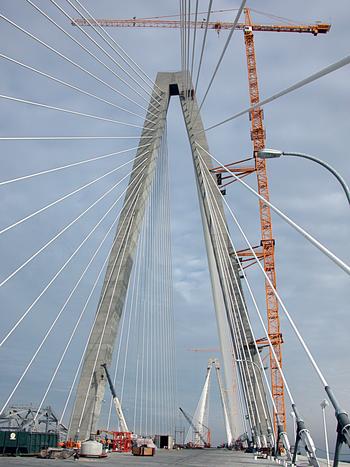 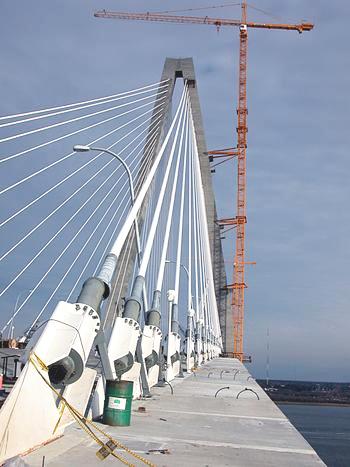 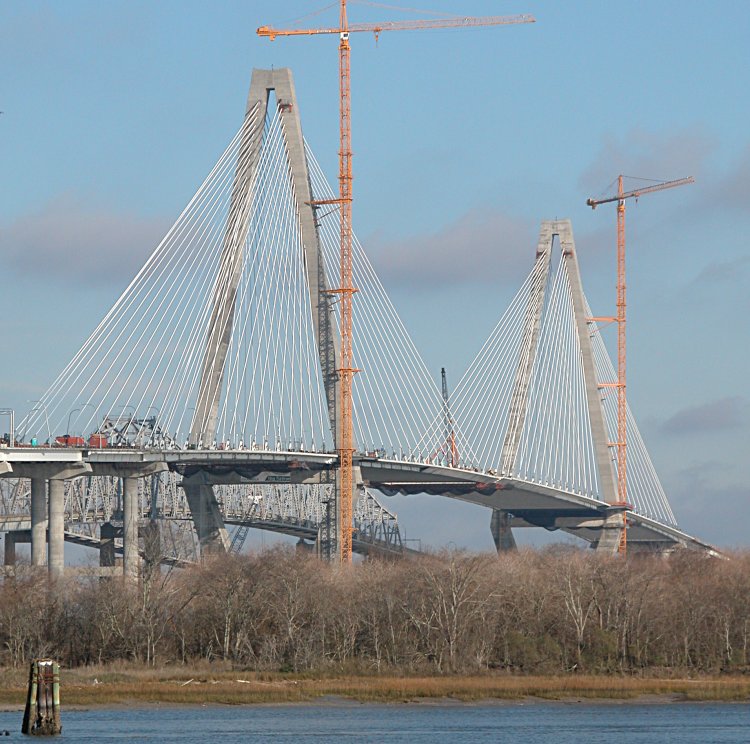 I have met no one associated with the building of the new Cooper River Bridge that did not have a huge pride in their work, both individually and collectively. You will see flags placed at various points within the construction site - another demonstration of the collective pride of PBC, SCDOT and the contractors. Here, Marvin was untangling the flag (left), and earlier had insisted of taking a photo of me. My wife noted the ungloved hand - my camera trigger finger and I was too numb to put the glove back onto my hand (right) (the temp was about 5C with 20 mph winds). 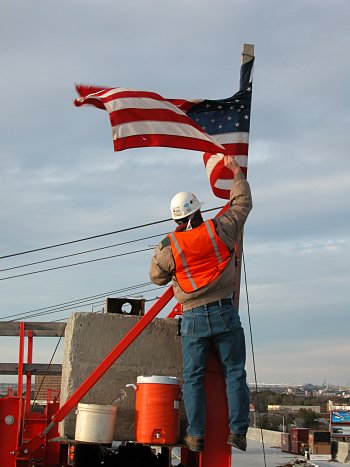 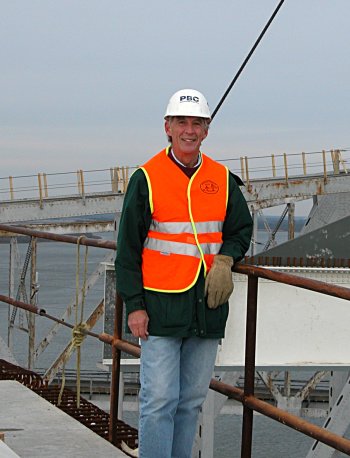