The world of High Steel

Most Sunday mornings since August of 2003, I have taken a set of photos of the new Ravenel Bridge (Cooper River Bridge), in order for my grandkids to watch the progress of the project (from Nashville, Tn, Louisville, Ky and Easton Pa). From time to time a cargo ship is being loaded, which occured next to where I took my photos. So I started making some studies of cargo ship loading and unloading. Here are a few photos and quick time videos of what I observed.

The action is not only in the still photos but in short video clips. Below is a sample of loading and unloading segments I captured while I was watching the building of the Ravenel Bridge.

Video From November and December 2003:

May 30 Docking: Use the vertical supports of the new bridge ramp to measure movement of the cargo ship as it is pushed (by tug) up to the dock. 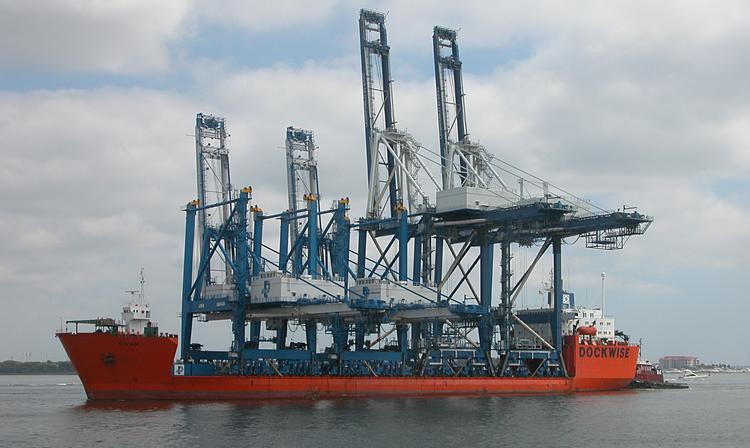 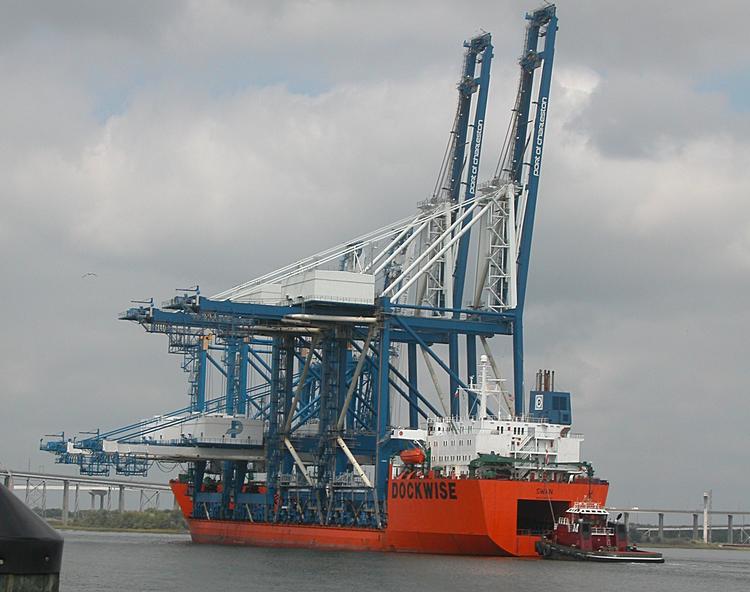 A view of the growing bridge pylons 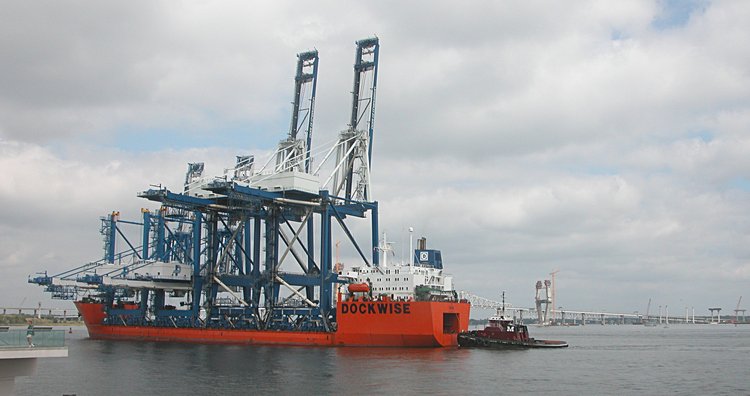 April 2, 2005: A view of the loading machines - not unlike a small herd of camels 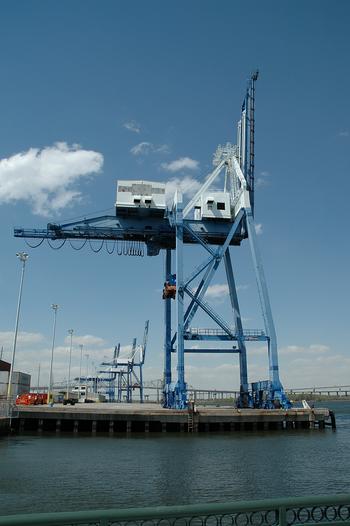 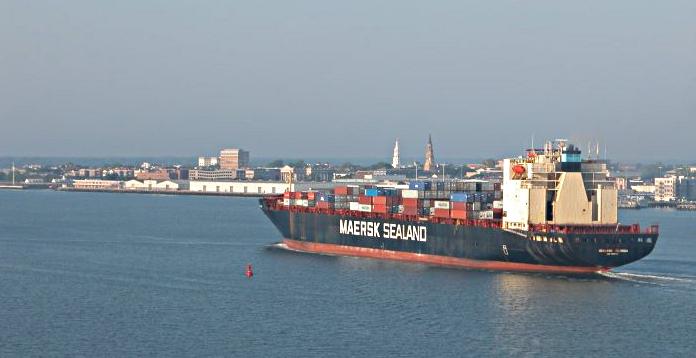 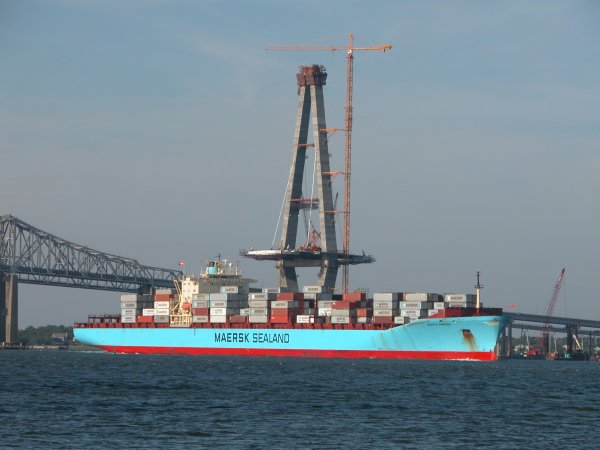 Passing in the day: Incoming and Outgoing Ships 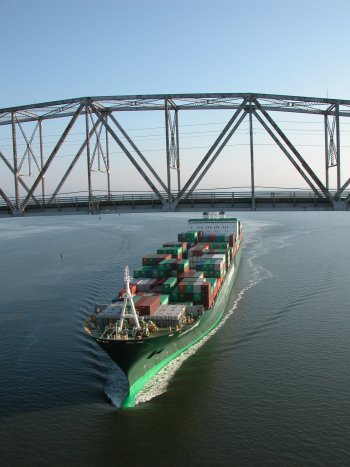 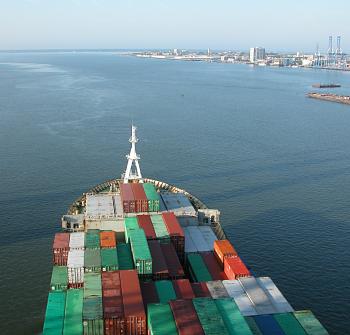 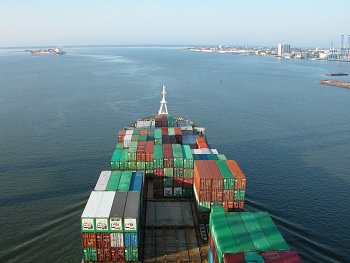 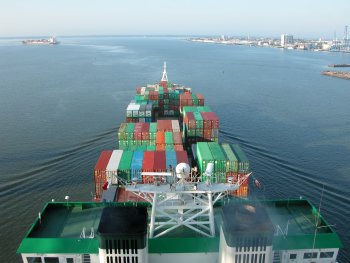 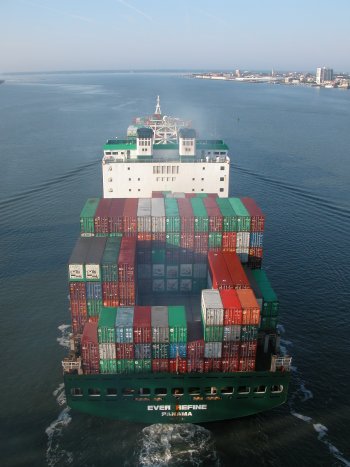 Left: attaching a (blue)cargo container for loading. Right: About a minute later, the (blue) cargo container is being positioned on the ship. Click image for a full frame 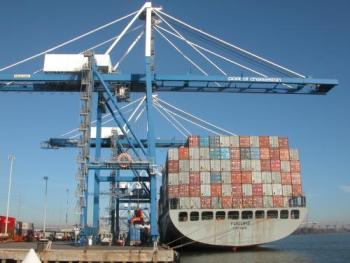 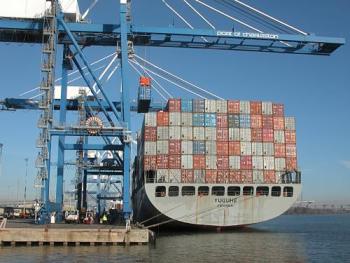 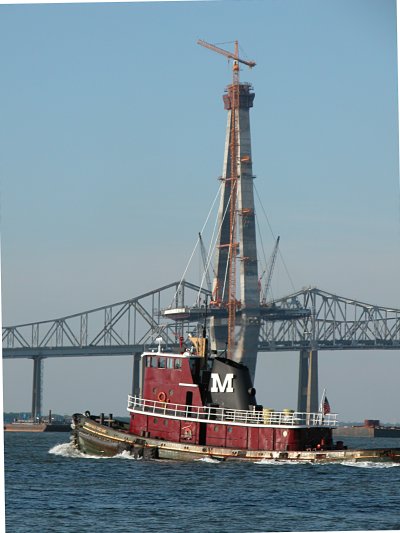