For me, pleasant surprises are frequently associated with my activity. If I sit for a long time in a quiet place, what I see becomes highly predictable and rarely does anything interesting happen. However, if I walk around a bit with my curious eyes open, something unpredictable (and often pleasant) frequenly happens. Today, I was taking some photos of the paving of the main span when two guys walked up and wanted to know the address of these bridge web pages. It turns out that one was Philip, who named the last erecting crane Last Dinosaur Standing, and the other was Lewis, who I watched driving the drift pins (scroll down about 1/3) into the splice plate that connected the west and east decks. It is one thing to simply capture the action of these ironworkers (and iron men) during my visits to the bridge, but when I have the possibility to meet them and talk a bit - well, like the Visa ad: simply priceless. 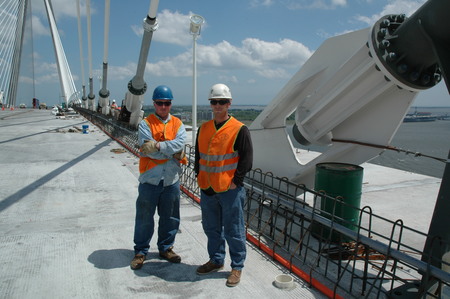 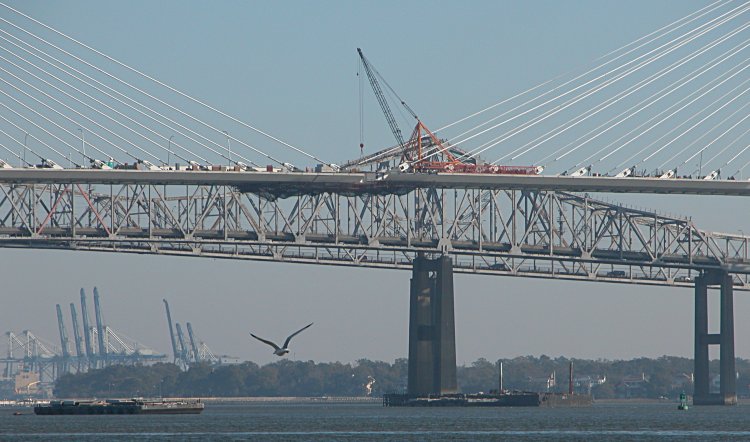 Philip's lonely dinosaur and two adult dinosaurs (a.k.a tower cranes) as seen from my early morning visit. The sun was particularly cooperative this morning, evoking a golden glow from the white edge girders. (February 13, 2005) 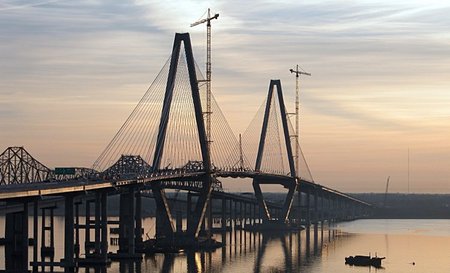 During the major phase of constructing the back and main spans, cranes were everywhere. Here is a view of a family of adult and adolescent dinosaurs during the early stages of main span construction. (June 27, 2004) 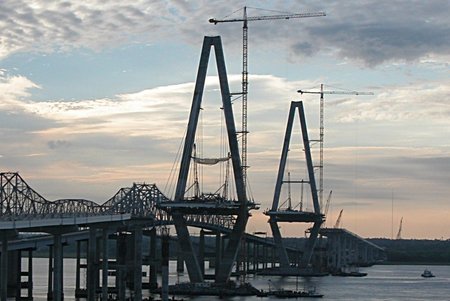