Sometimes I don't recognize a story until several years after it started. Here is a pleasant surprise.

I was first introduced to the elegance of bridge construction during my time at the University of Patras. In 1997, I took 6 months off from my faculty position at Duke and was a Fulbright Scholar at the University of Patras, Greece. I acquired several graduate students (Romanian) in the Medical Physics Department and so each year, I returned to Patras to have a bit of serious work with my "Romanian student mafia" and a bit of serious play - camping at various places along the Ionian Sea.

This is the view of the Ionian Sea from my office window at the University of Patras (July 31, 2001). You can see a ferry in the foreground that takes cars, trucks, busses and people between Rio and Antirion. For the Olympics, a bridge was built to manage the increasing traffic between Rio and Antirio (meaning in Greek, Before Rio). Consequently, these ferries became a thing of the past and a new cable stay bridge was under construction. Imagine my surprise, some of the Freyssinet guys (Bruno, for one) also worked on the Rio-Antirion Bridge.

The following year, I participated in a conference (Nonlinear Dynamics) at the University of Patras (Tassos Bountis organizes these yearly events). Here are a few images of the early pylon construction a year later (August 2002).

From my office window at the University of Patras 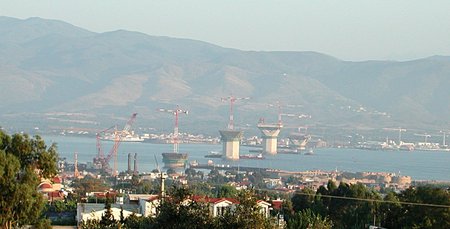 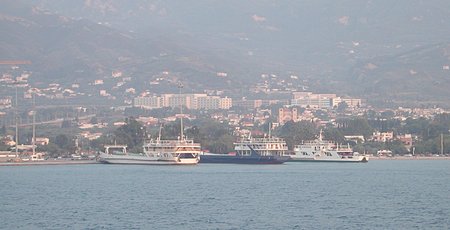 The pylons and a ferry 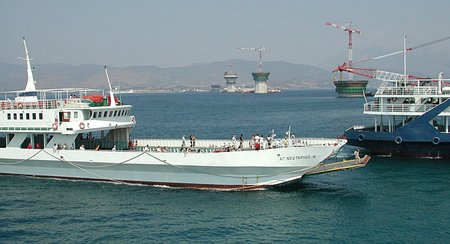 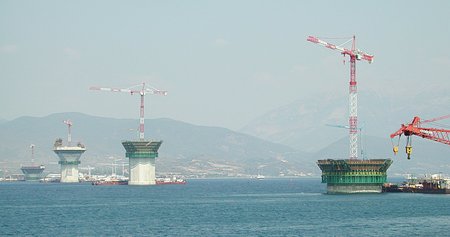 Sunset from the ferry (between Antirion and Rio) 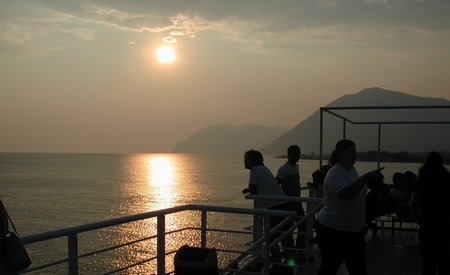 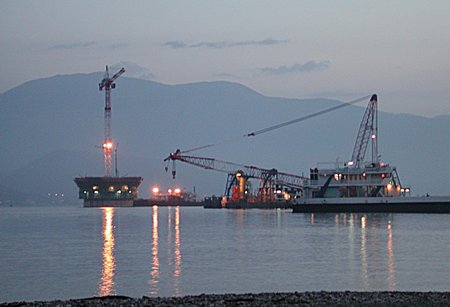 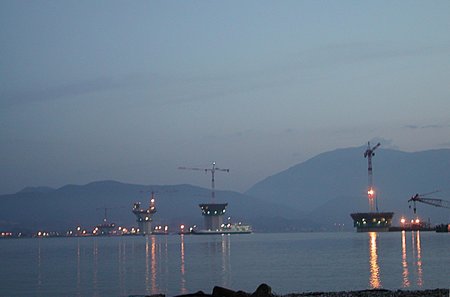 Here is a photo of the opening of this bridge from Ovidiu, one of my Romanian colleagues at the University of Patras. 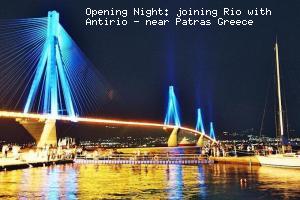