Overview of the approaches and pylons 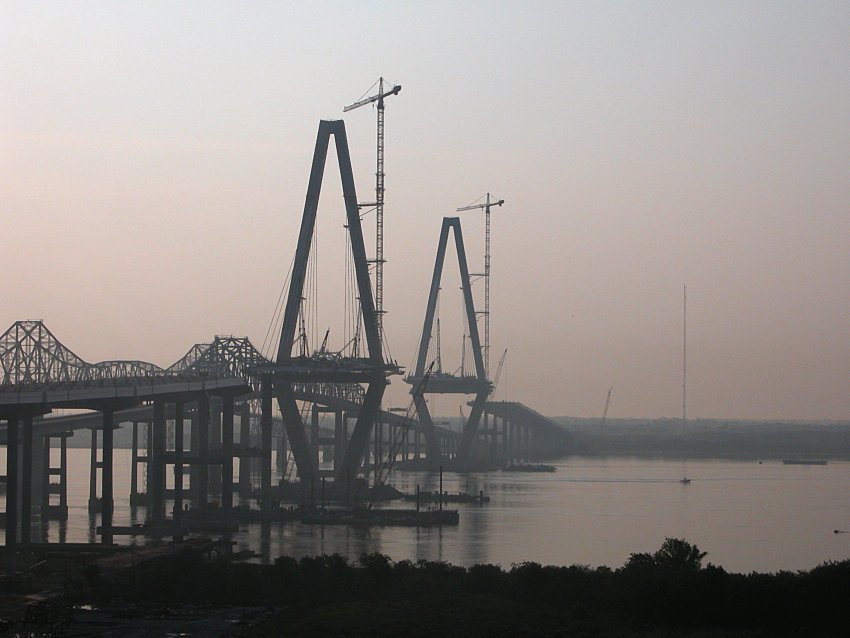 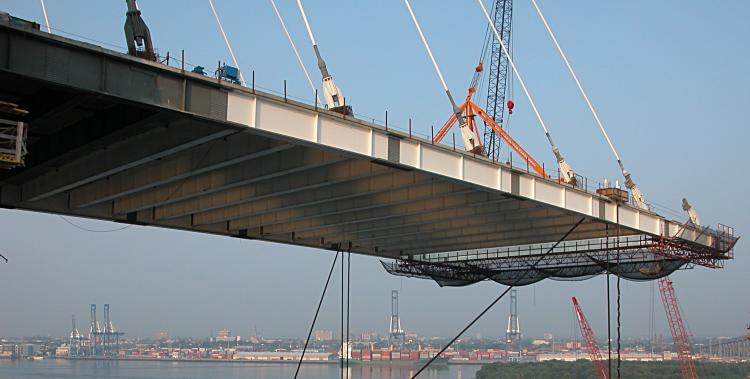 Here is the current position of the counterweight - near the 2nd anchor. During the past week, the cross beams were added on the westward directed platform segment and the anchor beams were added to the eastward directed platform segment. The counterweight has been relocated. The stacks of ballast were not obvious on June 6 when the west pylon platform was only 3 anchor-beams in length. Compare with last week's location (July 4, above) - near the 4th anchor. This shift is most likely a response to adding the 6th anchor extensions to the eastward extension of the west platform

Here are the final west and east pier pairs for supporting the western and eastern approaches. The southern pier of the west approach has been extended to the same hight as the northern pier (see July 4 photo). Note (right) the white steel platform anchor extensions and cross-beams - which were removed from the barge anchored near the Yorktown (among the photos for staging). 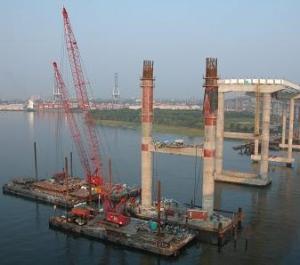 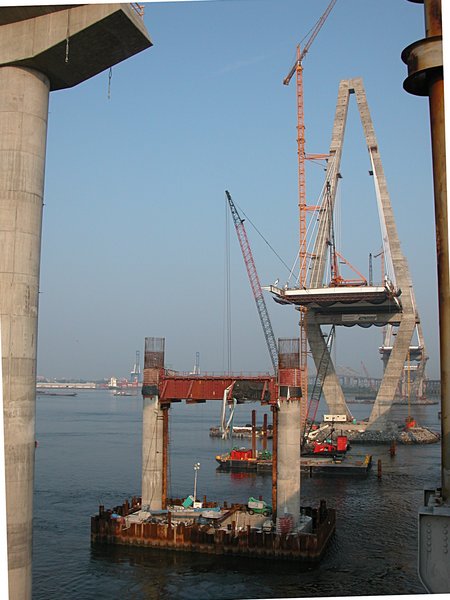