Its a big deal to set up the fireworks for Thursday night. A group of us met to gain a better insight into the Thursday night event. More than 60,000 shots will be ignited, assuming that the weather behaves itself - which requires winds less than 20 mpg. Rain seems not to be such a big deal - and should conditions be poor, the event will be shifted to Friday night - same time, same station. There will be 6 or 8 barges with fireworks (my bad short term memory) as well as an array of stuff on the main deck. In addition to the fireworks, there will be music, broadcast by a number of local stations.

Here is shown one group of fireworks shells. 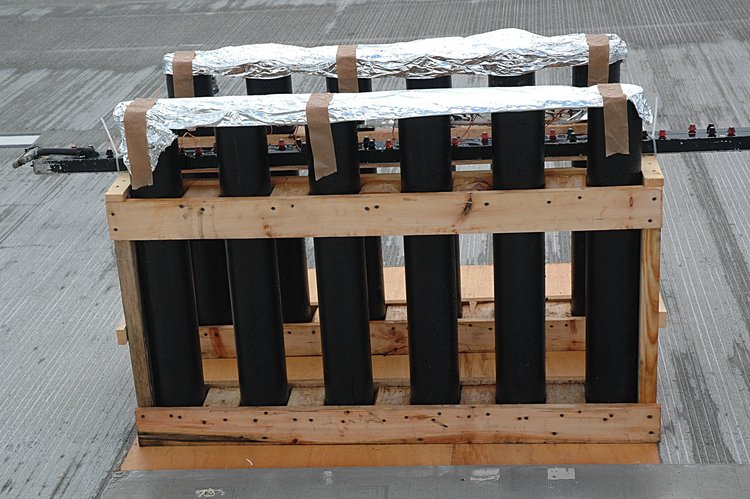 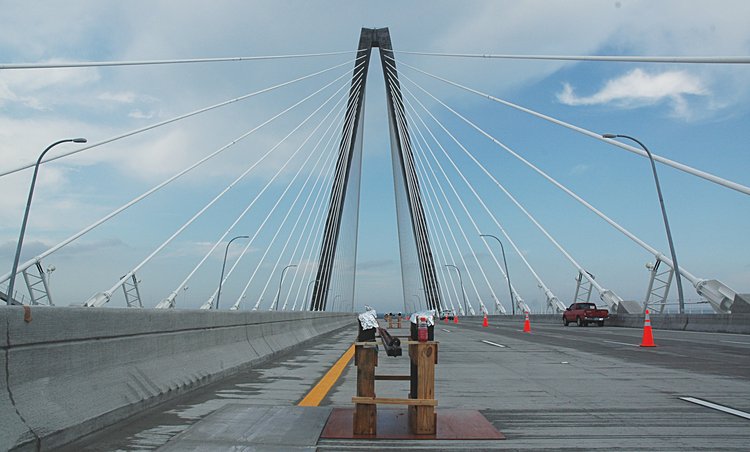 And of course to get the story right, all our local new organizations were asking questions to the Zambelli worker who is setting up the array. (He is from Summerville, by the way). 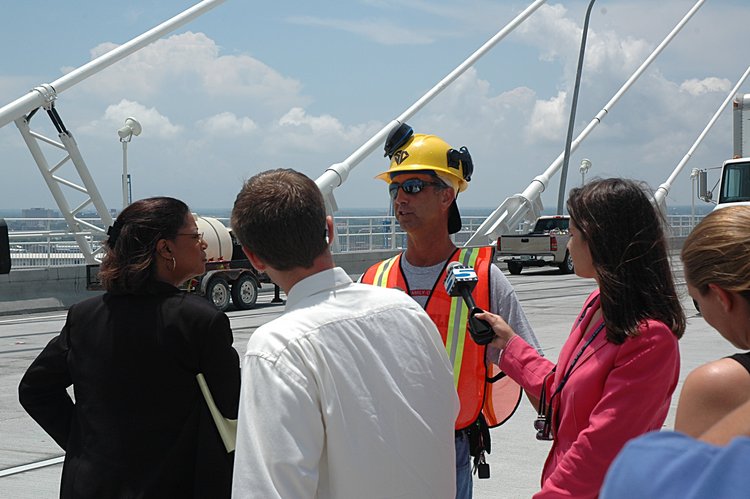