What keeps the deck from crashing into the inner faces of each pylon? A bearing, of course. But how is the deck moved to insert the bearing? Hydraulic jacks, shims and a lot of skill.

Before the big squeeze, Resting in the Navy Yard Warehouse

With a little encouragement from a jack like this (but in a different orientation), the deck is pushed away from the pylon face. And then after insertion, the big squeeze 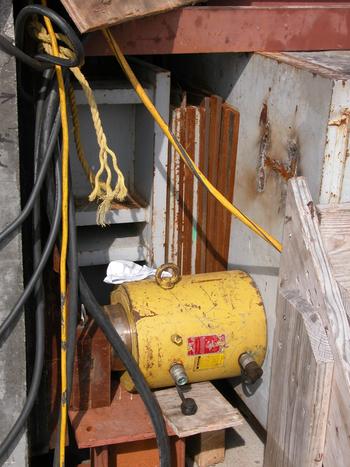 Today (March 5) I actually watched moving the deck with these hydraulic jacks. Here is the array of hydraulic jacks wedged between the north face of the east pylon and the deck edge girder.

What is the story behind moving the deck. Wilbur Poole, a 21 year veteran iron worker and hydraulic expert is part of the team engaged in the jacking process. He mans the controls for pumping hydraulic fluid into the jacks. Others on the team add shims. When all is stable, each feedline contains fluid at a pressure of 84,000 psi 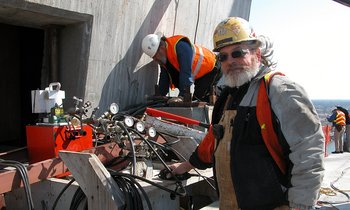 Here is the setup and part of the team. The rest of the team is between the deck and the pylon face (being coached by Peo and colleagues (right)) 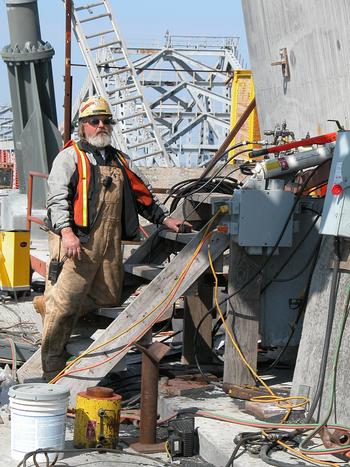 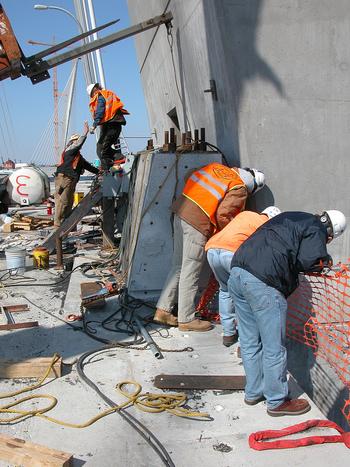 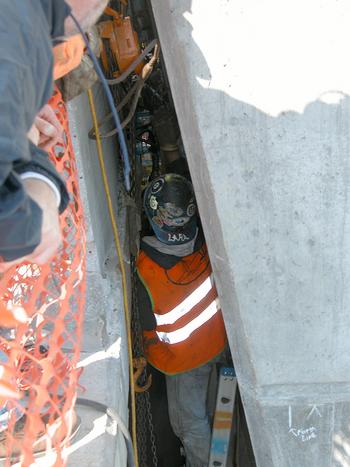 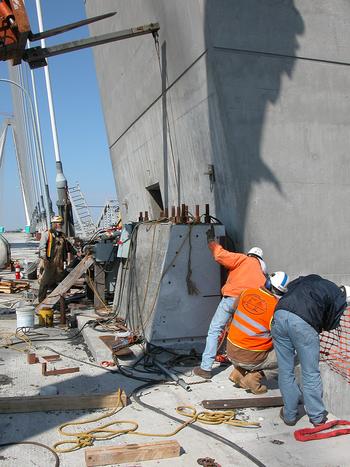 Here some of the shims are being removed 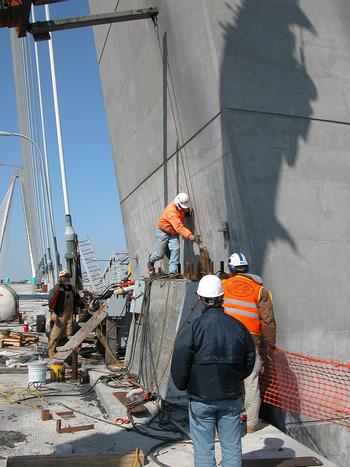 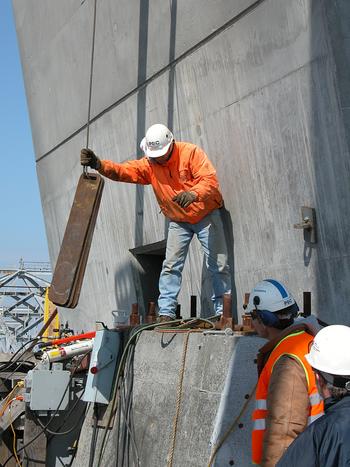 And here is a bearing in position (this was on the west deck, north side) 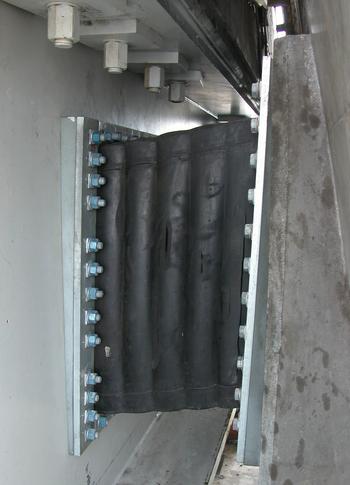