Early this morning, it was a bit chilly and cloudy. Here is a view looking east from the western end of the bridge. To the right is the last segment to be paved - about 50 feet long. 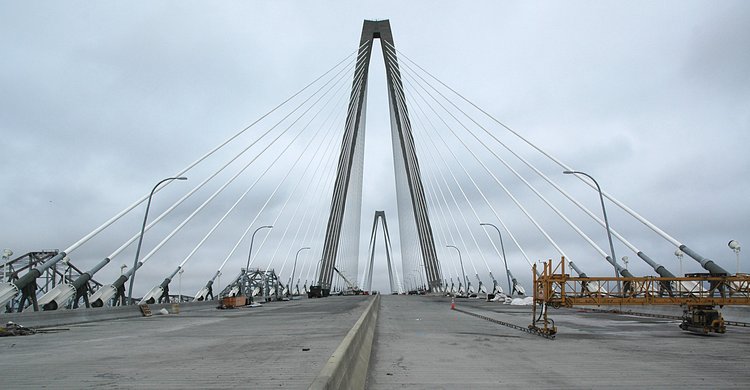 Walking from west to east, I first encountered the paved segment that was curing yesterday. Hmmm - something happened over night. 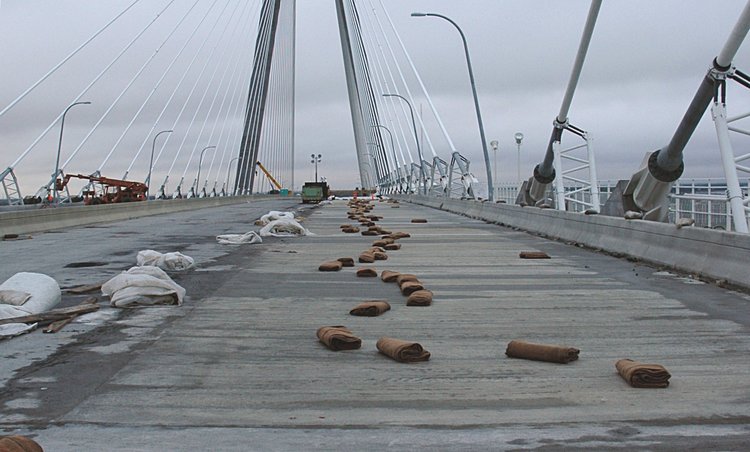 Yesterday, you noted (because your curious eyes were enabled - weren't they?) that the Bidwell paving machine was parked near the 9th stay cable anchor. Here you see that it has moved a bit east and is now parked near the 5th stay cable anchor. Sometime during the night, some paving action happened. Also the portable lights have been moved east a distance of about about 4 anchors.

Here the new pavement from last night is curing and if you count the anchors on the left - there are eight - close enought for highway work. Isn't mathematics wonderful? Also the wet burlap that was covering yesterday's segment has been removed and neatly folded. 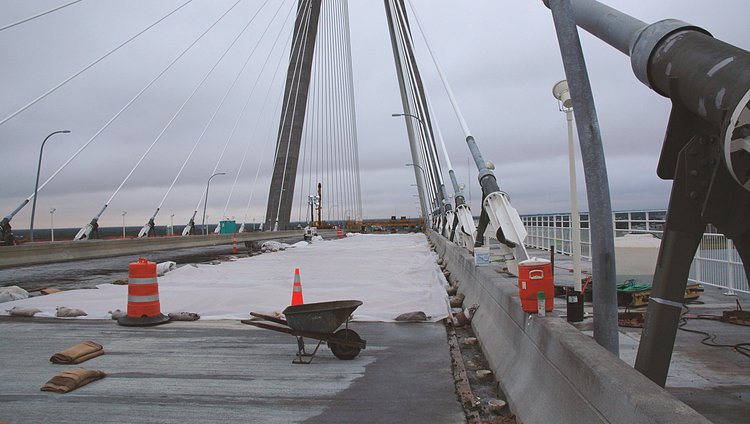